Match Report appears in today’s edition of The Echo, by Andrew Horgan

A brace apiece from Liam O’Sullivan and the man of the match Liam Wall was enough to see Crookstown complete a first division league and cup double. Crookstown started the game perfectly as they took the lead with just six minutes on the clock thanks to Liam O’Sullivan. David O’Halloran’s dangerous inswinging free-kick from the left found O’Sullivan in front of goal and he expertly turned his header past the keeper from close range. OBS responded well to the concession of that early goal and they almost snatched an equaliser in the ninth minute but Colm O’Brien powerful strike skidded off the surface and was brilliantly saved by the feet of goalkeeper Tim Irwin. O’Brien’s Scaffolding had now given themselves a platform to build on and they ought to have levelled the scores midway through the first half. Colm O’Brien’s excellent low cross from the left was perfect for Jack Cotter to step on to but the winger could only blast the ball over and into the Shed from a promising position.

But Crookstown’s reliance was finally broken in the 24th minute as O’Brien’s got the goal that their display thoroughly deserved. And it was worth the wait as Jamie Connell’s superb defence-splitting pass sent Shane Hickey through on goal and the striker clinically slotted the ball into the far bottom right corner. They threatened to complete the turnaround before the half-time break but following a surging run past two of his opponents, Mike Browne sliced his attempt over the crossbar.   OBS had the first meaningful opportunity of the second period but Jamie Connell rifled his shot wide of the near post after the ball broke kindly to him on the edge of the area. Crookstown made a couple of substitutions after the restart as they looked to regain control of proceedings and it paid immediate dividends as Brian Hinchion created their second goal of the afternoon. The attacker raced down the right and his scuffed shot made its way to Liam Wall at the back post and he had the simple task of tucking the ball home from a few yards.

And they made the result safe just before the hour mark as Liam O’Sullivan grabbed his second and his side’s third when he finished Wall’s delivery from close range. They scored a fourth late on as Liam Wall completed his own double when he blasted an unstoppable shot just inside the far right post. 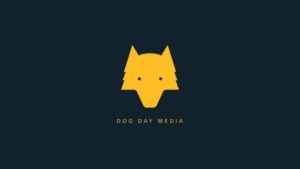