In the 70-year history of the Cork Business League, seasons ending in ‘___2’  have helped to shape the fabric of it’s history.

Having sought affiliation to the Munster Football Association for the first time at the beginning of the 1952/53 season, seven teams set out on the league’s first voyage with a league title at stake for the debutants who resided mainly around the lower harbour area. Cork Harbour Commissions prevailed to take the first championship ahead of Clayton Love who pushed the winners all the way only to lose out in the run-in following a series of draws.

Lunhams were the first team to achieve the league and cup double in 1961/62. Long before the domination of Postal Workers, the bacon factory emerged as the team of the fifties and early sixties, breaking the stranglehold enjoyed by Cork Harbour Commissioners, Steampacket and Fords. The company, whose original premises was located off Douglas Street in the city centre, employed a strong workforce of 180 at its height in the mid-fifties when over fifty-two such companies existed nationwide.

Early wins over Evergreen Bacon Factory (6-2), Heaslips (7-0), Postal Workers (4-2), and Examiner (7-1) put Lunhams top, a position they never relinquished and the double was secured following  a 4-2 win in a replay in the cup final over the previous season’s league champions, Grain Silos at Marina Pk. on Sunday, May 27th1962. The decider turned out to be a tense affair with both defences dominating throughout.  The deadlock was finally broken midways through the second-half when full-back Paddy Casey received goalkeeper Nealie Horgan’s quick throw-out wide on the left before embarking on one of his trade-mark runs. After an exchange of passes with John Field set up Justin Irwin, father of former Manchester  United and  Ireland defender Denis, his resultant low shot could only be parried into the path of the quick-fire Francie Gould who finished to the net.

In 1971/72, while Kincora Carpets were making a name for themselves by winning the championship for the one and only time and Doyles were preventing CIE Ath. from winning an unprecedented five cup victories in-a-row, Athletic were not to be denied by taking the shield for the fourth time following their win over holders Lunhams.

Ten years later, in 1981/82, the great Postal Workers team of the eighties were building up a head of steam by lifting the first division title for the fourth successive year and in the process piping their great rival CIE Athletic to the post for the second consecutive season. In the cup, second division Ridge Tools were surprised finalists after accounting for top flight Postal Workers on the road to the Showgrounds for the final. However, Youghal Yarns ‘A’ burst their bubble by winning 2-1 courtesy of goals from Cyril O’Mahony and Jimmy Byrne. However, the story of the season belonged to third division OLH Utd. who, in their first season,  stunned the Workers by defeating them 3-1 in the shield final.

Roll on to 1991/92 and it was the turn of Cork Examiner to etch their name into the record book by becoming the first to achieve the double-double of league and cup. The reigning league champions needed to beat arch-rivals Postal Workers with two matches remaining to retain the title as well as being within ten minutes on three occasions of going out of the cup before clawing their way back from the dead.

Postal Workers recorded their 14th and final title success in 2001/02 with Little Island based Cork Plastic adding the cup and shield to their first title win the previous season following wins over Motorola and Postal Workers.

Cork Airport came out on top over Co. Council in the Premier Cup while Super Valu edged out MCM in the first division and EMC Celtic retaining the divisional cup by defeating Super Valu. Pfizers United won the second division league and cup double to make amend for losing both the previous season. 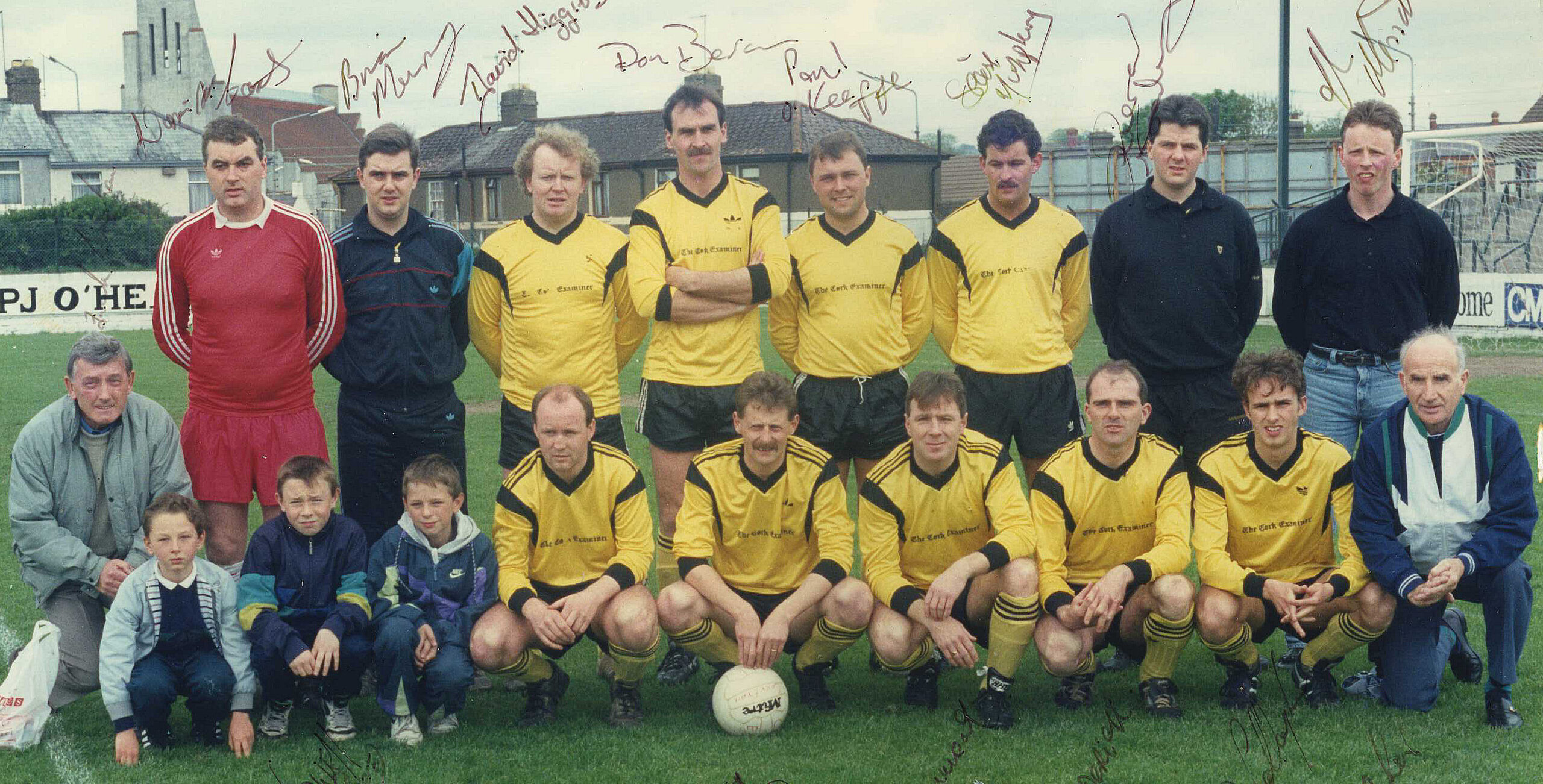 Tile King retained the premier title in 2O11/12 with Anglers Sports Lounge and Cork Eagles winning the cup and shield honours. Marlboro Trust finally got their hands on a premier cup triumph after finishing runners-up in the three major competitions. Healy’s beat Abtran to the first division title while Fox and Hounds brought home the double in the second division.