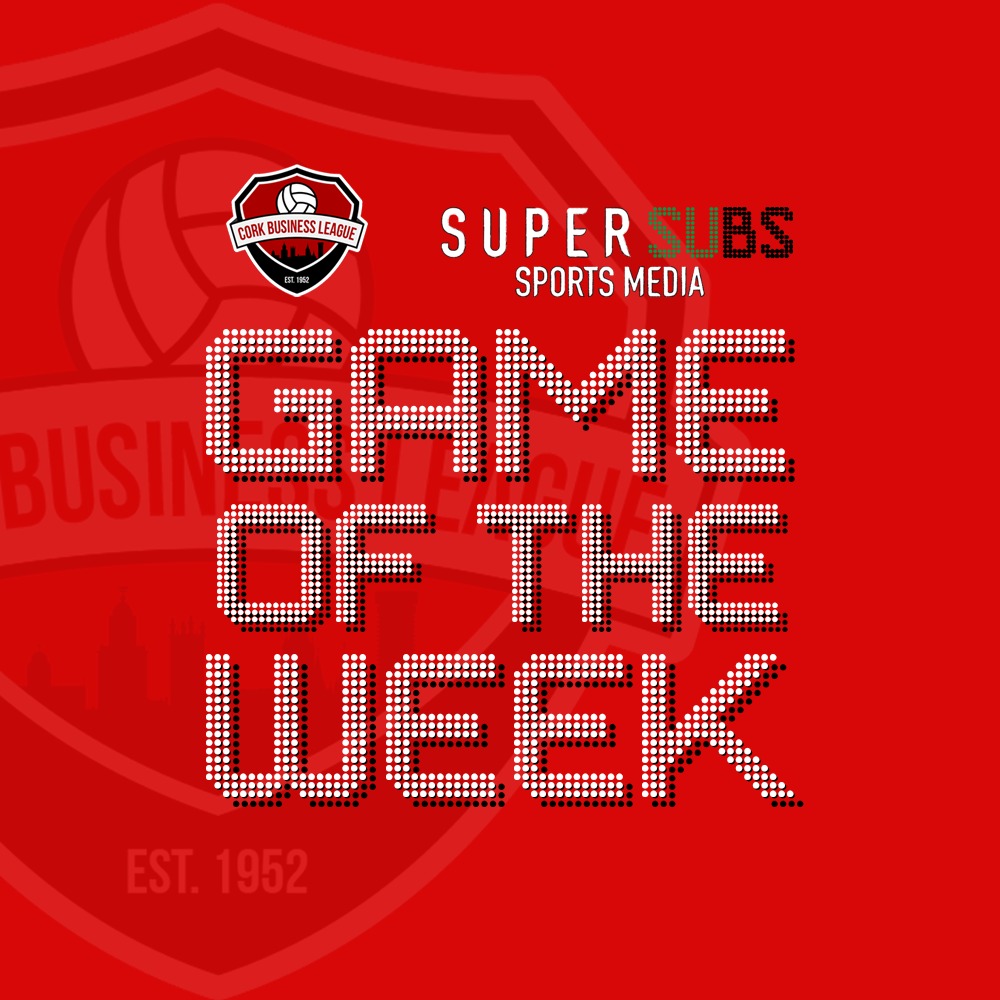 First up, it’s our SuperSubs Sports Media Game of the Week as holders Doolan’s Cow face surprise package District 11 in the first of the Sports Gear Direct Shield semi-finals at Mayfield Community School on Sunday afternoon. This is the first meeting between the teams who both came through their respective groups unbeaten, winning all their matches including their quarter-final ties in ninety minutes. Dean Mooney and Caolan O’Callaghan are in superb form for District while Doolan’s acclaimed front four of Tony O’Reilly, James Cotter, Jamie Murphy and Aaron Hennessy are a handful for any opposition.

In the premier division on Saturday afternoon, Healy O’Connor Solicitors face Jason O’Neill Electrical at Garryduff in another first meeting between the teams, this time in the top flight. HOC are fresh from a 3-2 win over Crookstown away last weekend while JONE’s only league outing ended in defeat to Martin Harvey Solicitors. Marlboro Trust face MHS on the same afternoon at Mayfield Community School  in yet another first league meeting, The contest could well be decided by the outstanding in-form strikers in both teams, Trust’s Kevin O’Sullivan and Alan Nugent of MHS. Crookstown Utd. entertain UCC Utd. on Sunday morning at Crookstown Pk. with both teams are determined to avenge  defeats last weekend.  Crookstown have yet to call upon their full panel due to GAA commitments while UCC have yet to open their account in the league.

In the first division, early contenders The Weigh Inn attempt to make it four matches without defeat when their take on Cork Hospitals at The Regional Pk. on Saturday afternoon. Recent newcomers Trend Micro have a tough fixture away to Daz Barbers who pipped former premier outfit Co. Council 3-2 last weekend. Leaders Lion’s Den take on VIP Barbers to attempt to become the first team to make it four wins out of four. Suro Cars edged out Longboats 2-1 in the shield earlier in the season and will be looking to make it two wins out of three, having beaten VIP Barbers but lost to the Weigh Inn. Co. Council will be looking to get off the mark when they face Telus International at the G.A.C.A. Grds., while Derrow Rovs. will need to be at their best to get something from their encounter with Brew Boys at Crosshaven.